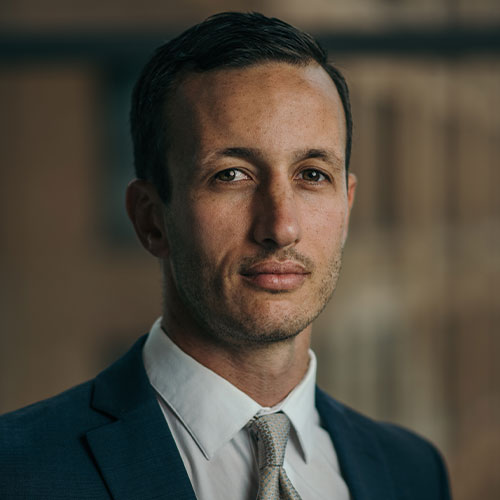 Justin is a seasoned litigation attorney with experience at all levels of Virginia state and federal court. He primarily focuses on commercial litigation and has successfully taken on matters ranging from hotly contested corporate dissolutions to business disputes involving breach of contract, fraud, business conspiracy, misappropriation of trade secrets, and intellectual property infringement. Justin excels in the litigation setting, both in and out of court, demonstrating a zealous advocacy that is hard to rival.

Before becoming an attorney, Justin served eight years in the United States Marine Corps and is a veteran of Operation Iraqi Freedom, where he served as a fire team leader in charge of a small team of Marines conducting anti-insurgent and anti-terrorist operations in the urban areas of Iraq. Justin now brings this experience from the Marine Corps into the courtroom, where he is relentless in his fight to get the outcome that his clients deserve. His clients often describe him as passionate and appreciate the way that he takes ownership of their issues as if they were his own. Justin was recently named a 2022 “Rising Star” by Super Lawyers Magazine.